Urbanization, expanded city boundaries, and rapid growth can burden infrastructure and strain available services. Civic leaders face greater budgetary and creative challenges as they seek to maintain and improve the quality of life in their communities. 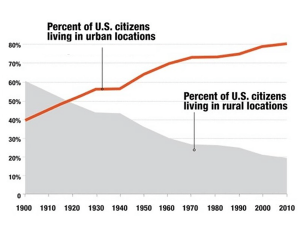 Credit: Governing The States and Localities [1]

At the beginning of the 20th century, most U.S. citizens lived in rural areas. By mid-century, as industry and its supporting services dominated the economy, a generation left farms and small towns in order to claim opportunities, mostly at urban centers. Today, the percentage of Americans living in cities exceeds 75%.

Urbanization extends around the globe, with a projected 68% of the world’s population living in urban areas.[2] That 13% increase over 2018 is fueling demand for planning and infrastructure investments. Among the essential, growth-driven improvements to infrastructure are utilities, community services, transportation, and roadways.

The shape of cities 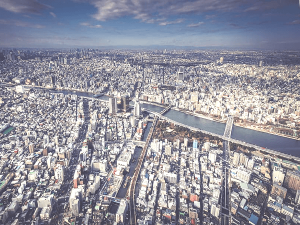 A recent analysis of data from radar and remote optical sensors in nearly 500 cities, worldwide, found that most growth was horizontal – cities have been spreading more outward than upward.

Resource limitations in sub-Saharan African and South Asian cities hindered upward growth. Instead, growth was forced outward. Those regions were also found to have weaker land use governance, with limited planning and few regulations that would otherwise suppress deforestation and sprawl. China and other East Asian cities experienced greater vertical expansion. More residents in those cities were provided access to public services.[3]

The pace of growth 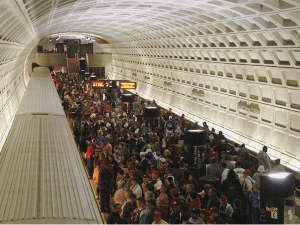 Within the past decade, the U.S. population grew to 327 million. That historic 6% increase concentrated in 1% of the nation’s counties.

In developing countries, population is projected to double to 6.7 billion by 2050. There, population velocity is clearly outpacing infrastructure development — imbalance sadly measurable in rising costs and the numbers of displaced people.[4]

As a result, those countries have urgent need for housing and transportation solutions. Higher-density zoning and more transit options can help. At the same time, affordable housing should be preserved and investment will be required to relieve poverty.

Where similar problems occur in the U.S., tax benefits are available for investment in any of 8,700 economically distressed communities. About 60% of those Opportunity Zones are in urban areas. Communities already benefiting from funds become safer areas for future investments. Without incentives or mandates to spread investments, fewer improvements and job opportunities are brought to higher-risk areas, even as growth accelerates.[5] 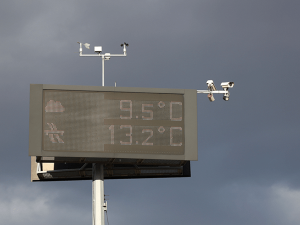 A smart city network can reach end points in every building, along every street, and in every smartphone. New interdepartmental connections become possible. Data can be provided real-time, without delay.

Much like traffic congestion, data volume grows along with a population. Bandwidth need multiplies as arriving families bring in new IoT-ready devices, and as sensors are installed in new homes and commercial buildings. The added streetlights and the streets themselves may all have sensor endpoints that add to the data volume.

Operation of an IoT infrastructure, data, sensors, and applications requires human governance. Human creativity enhances design. Privacy concerns must not be overlooked as consumers and regulators demand greater data security. Understanding human needs and values comes from people as they provide both the funding and feedback guidance.