Scholars at leading universities are studying, quantifying, and predicting the impact of climate change. They are also publishing fresh ideas for limiting and mediating that impact.

Research project at the University of Michigan 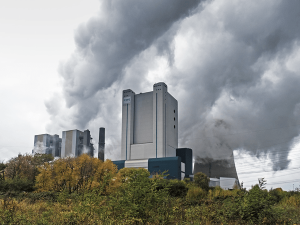 In the United States, 28% of greenhouse gas (GhG) emissions are the result of generating electricity from fossil fuels. Solar and wind could generate much of that energy, but utility companies have determined renewables to be costly and inefficient.

Those companies are correct. The problem is not inefficient solar panels or slow wind turbines. In fact, renewable energy sources can produce more power than what is needed. Energy storage costs are the problem. On exceptionally sunny or windy days, excess power is wasted. The cost remains high.

The University of Michigan research considered the impact of adding up to 20 gigawatts of wind and 40 gigawatts of solar capacity after levying carbon dioxide taxes of up to $200 per ton. That could achieve a 72% carbon dioxide reduction in California. For Texas, better storage could bring a 57% emissions reduction. The research found that on a national scale, the shift to renewable energy could yield a 90% reduction in power plant GhG emissions.

A recent article at the University of Michigan News describes the project and its findings. 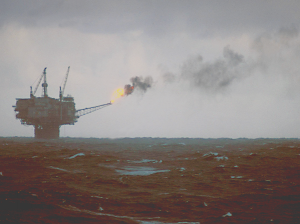 The study measured methane leakage at eight North Sea petroleum installations. Previously reported leakage, 0.13% of production, had appeared low. The researchers found an additional 0.19% occurred during normal operations. That is the equivalent impact of an additional 330,000 cars on the road.

Learn more about the survey results and their impact at Princeton.edu. 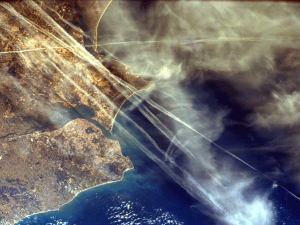 Solar geoengineering would change the stratosphere to reduce sunlight at lower altitudes and on the Earth’s surface. the Stratospheric Controlled Perturbation Experiment (SCoPEx) Project will investigate critical issues about that strategy to counter the effects of greenhouse gases:

What would happen if particulates were scattered in the stratosphere?

If enough sunlight were reflected into space, would that reduce the catastrophic results of climate change?

What are the risks and uncertainties of solar geoengineering?

Solar geoengineering was first proposed in the 1950’s. Proponents then reasoned that particles released in the stratosphere could reflect sunlight back into space. Before SCoPEx, the benefits had not been quantified and associated risks had not been researched. Ozone layer effects were not considered. There had been no consideration of possible disruption to the stratosphere.

The SCoPEx project will measure how a small quantity of particulate matter interacts with the upper atmosphere. A high-altitude balloon will hoist an instrument package aloft. The particulates will be released at an altitude of approximately 12 miles. Onboard instruments will measure aerosol density, atmospheric chemistry, and light scattering. Wind measurements will provide data that may give insight into ways that stratospheric turbulence is generated.

Benefits and risks of solar geoengineering are discussed here: SEAS.Harvard.edu

Here, we share highlights and source links. Do you have a topic or article for a future edition? Please leave a note on this website’s Contact page.

Helping organizations improve operations, reduce costs and achieve sustainability through data driven, efficiency focused, planning, reporting & certification.
The Global 100 Most Sustainable Corporations for 2020 list is based on up to 21 key performance measures that asses… https://t.co/EH4LrHKs5r - 6 days ago