As the climate changes, airports adapt

The impact of climate change has been measured and recorded worldwide. In the arctic, 3.3 trillion tons of ice has melted since 1992. In more temperate climates, weather events have become more frequent and extreme.[1] Severe storms have doubled since 1980. Floods have quadrupled.[2] 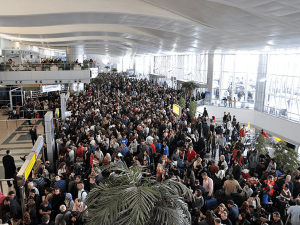 In 2018, when Hurricane Florence threatened the Carolinas, more than 1300 flights were canceled. Eight airports were closed as the storm soaked the region.[7] Hurricane Michael disrupted flights to Tallahassee, Panama City, and Destin – Fort Walton Beach.[8]

The global sea level is projected to rise more than 2 meters by the end of this century.[9] Miami, Florida (altitude 6.6 feet) would be certain to flood. Devasting impacts could reach far inland on every continent. 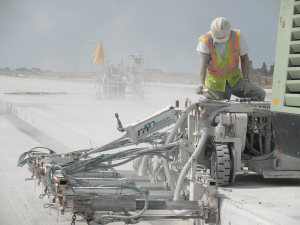 Recognizing the potential for damages, delays, and flight cancellations, the Airport Council International (ACI) resolved[10] in June, 2018 to encourage member airports to conduct risk assessments to mitigate the potential impact on airport infrastructure and operations. The ACI also recommends that the assessments be done when developing master plans.

Based on its resolution, the ACI published a policy brief about Airports’ Resilience and Adaptation to a Changing Climate[11]. The brief includes case studies of best practice at six international airports and encourages peer learning among airport management teams. It also lists some of the airports that have already begun work on resilience and are adapting to climate change.

The ACI noted that the list in the brief is “non-exhaustive”. For example, the 2013 Sustainability Action Plan at Boston Logan International Airport (BOS) was mentioned, but one at Orlando International Airport (MCO)[12] begun on the same year was not. In summarizing, the ACI noted that airport participation in global climate action participation has grown by 25% in the past year.

We at ecoPreserve would love to share what other airports are doing in response to the risk of climate change impact. Please leave a note on the Contact page. Your insights will be published in updates or additional articles this summer. Thank you!